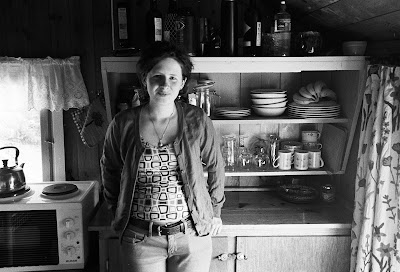 This is Mathilde, one of my best friends (I don’t like to arrange them), a student living in a cabin by Djuvland in Rauland, Telemark. 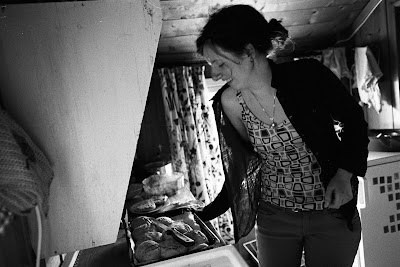 The last four years I have lived in a relatively crammed and dark apartment. Even though it is partly underground, it is spacious enough and I have made it into my home. Mathilde has taken a different approach to student-housing, studying in probably the smallest towns for higher education in Norway, Rauland in Telemark, living in a tiny cabin by a farm nested between a gorge and the mountians. There are 40, tight-knit fulltime students in Rauland, most living in cabins. Standards of living varies greatly in any students housing choice, ranging from studios and collectives to moms basement, but the cabin Mathilde lives in is something different. Instead of the common shared bathroom, hers is in a bucket in the basement, down a hatch and a steep flight of stairs. Shower? At school. Running water? Only if the roof leaks. She has a sort of air conditioning when the wind is right and comes through cracks in her door. Only the electricity and laptop tells us this is a girl living in the 21st century. That said, I admire her choice of living greatly! 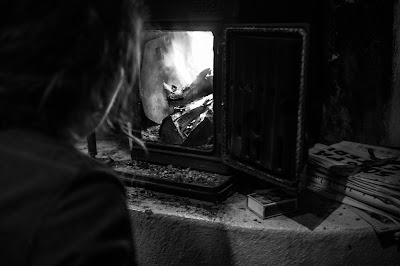 When I look out my tiny windows (don’t tell the fire-inspector) all I see is the driveway and parked cars. If I’m lucky a cat walks by. Mathildes view is the gorge that names the farm she lives on, Djuvland, and the valley with the scattered houses of downtown Rauland framed by majestic mountains still covered in snow in late april. On her front step there is a view of the mountains surrounding Hardangervidda. There is hardly a sound to be heard and the air is crispy fresh. My neighboorhood has a distinct smell coming from the nearby fishfood plant. For me, Mathildes cabin is almost perfect, a place I could live and be happy. 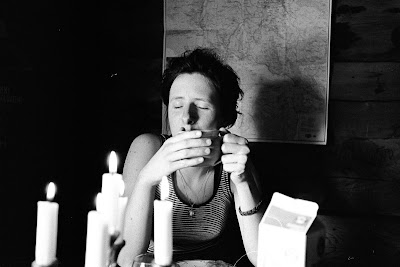 Except, it isn’t. I balance between longing for the calmness of mountians and the urbanity of a city. The urban condition suits me, but I need the counterweight as much as I need the anonymity and excitement of a city. Mathilde on the other hand, is probably the least urban person I know to have grown up in a city… 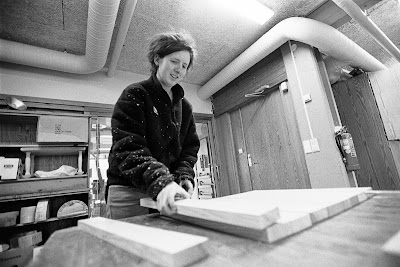 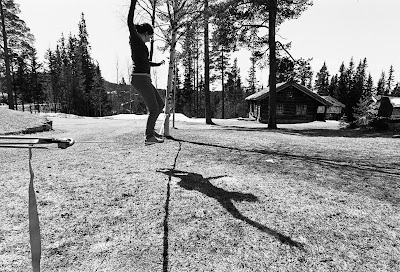 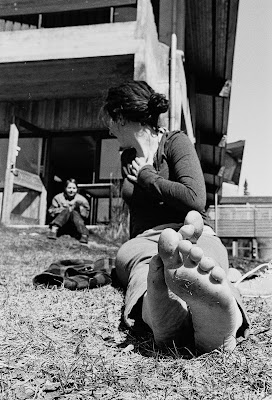 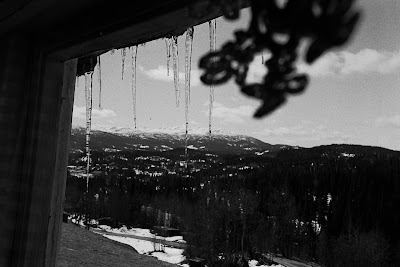 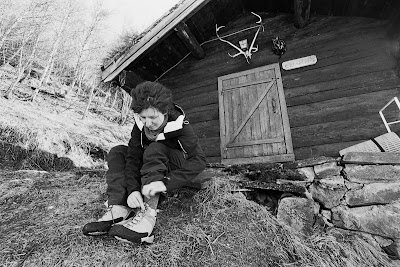 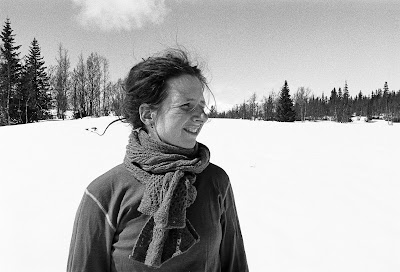 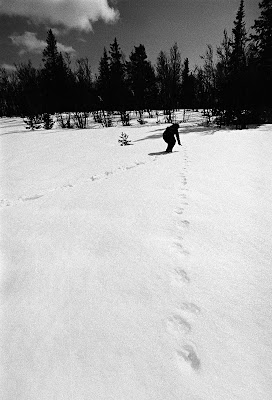 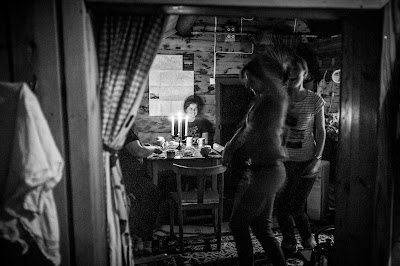 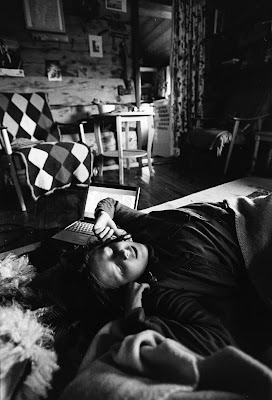